EPDM single-ply roofing membranes, first introduced in 1962, became increasingly popular in the 1970’s while the Middle East oil embargo was driving up the price of asphalt-based roofs and lowering the quality of the available asphalt.

EPDM was a simple and cost-effective to install, it quickly became known for its exceptional resistance to hail, UV stability and weathering resistance due to the cross-linked nature of its chemistry and the UV-absorbing power of its raw materials.

One of the main areas of improvement to EPDM’s was the seaming technology. In the 1970’s, the seams were created using white gas and a Neoprene-based splicing adhesive. However, the Neoprene polymer in the splice cement could break down and lose strength with prolonged exposure to pounded water. While most systems are designed to promote positive drainage, it’s quite common to have small areas of pounded water on the roof for extended periods of time.

It took another 20 years to develop customized primers an double-sided seam tape emerged. Both of these products dramatically simplified the seaming process and reduced workmanship inconsistencies.

Around 2005, seaming was taken to the next level with EPDM sheets and Factory-Applied tape. This product included splice primer and splice tape pre-applied to one side of the sheet in a factory-controlled environment.

This next breakthrough in technology further decreased issues in workmanship and also improved the quality of finished splices, because contractors now only needed to roller-apply primer to one side of the sheet and then mate the two sheets together with a steam roller.

A half century of improvements

Today’s EPDM systems are time-tested and built to stand up to the harshest conditions. This is very important considering the growing emphasis on sustainable construction.

EPDM has earned a commendable reputation for weather-ability, hail  resistance and long-term value from over 50 years of real word performance.
In addition to the seaming technology, other impressive upgrades include advancements to primers, RUSS angle change securement, puncture resistant membrane options and more robust flashing details which all have made EPDM the system chosen by countless architects, contractors and building owners.

How to Make Sure You Are Receiving Excellent Online Reviews

Filing an Insurance Claim on Your Roof 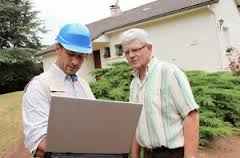 You Must Have Effective Contractor and Client Communication